Neoconstituonalism, Postneoconstitutionalism. The understanding of principles in Alexy and Dworkin 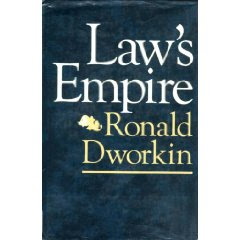 Iureamicorum becomes bilingual. Iureamicorum is taking English classes and it will be post some entries in this language. Why? because I think the understanding of law have to be spread worlwide and English, as everybody knows, is the lingua franca that makes its possible. The idea comes from my former assistant Luz Helena Beltrán. Luz Helena, who is living in South Africa, ask me if she could translate a post related with my postneoconstitutionalism idea, and I said yes. Here comes the result. Luz Helena, thank you for your help. We are thinking in open a new blog in English: Iureamicorum - English version. It will help to communicate us with the non hispanic world. I hope this idea became real very soon.

By: Gonzalo A. Ramírez
Translated by: Luz Helena Beltrán

Continental neoconstitutionalism has used Dworkin’s text ¨Law´s Empire¨ (1986) to define principles. In Alexy’s theory of fundamental rights it is possible to infer that those rights have the form of principles, and therefore they can be differentiated from the rules.

Fundamental rights, as principles (optimization mandates), according to Prieto Sanchis and Carlos Bernal’s interpretation would be ponderable, and the rules, would work with the formula of “everything or nothing” - or subordination-.The classical example of criminal law in which "The one who killed another will receive a sentence of 30 years of prison” would work as a rule because it is configured by a hypothetical proposition “the one who killed”, a link of imputation “will receive” and a legal consequence “a sentence of 30 years in prison”. Therefore, the judge, when verifying the hypothesis mentioned by the rule will establish the sentence subordinating the fact in it as if he was a machine.
Principles – fundamental rights-, however, would not work like that in Alexy’s understanding. The German author explains with another classical example that when fundamental rights collide with other fundamental rights (i.e. rights to intimacy vs. right of free speech and information) they must be pondered but not subordinated. In these cases such rules work as principles since they do not have a clause of imputation, legal consequence or hypothetical proposition. In this case the judge will consideres if the principles collide or if they are restricted, and will establish what principles – rights- are imposed over others.

To do this he must use techniques like ponderation (suitability, necessity and ponderation in a strict sense, or in the case of the equality, the anglosaxon technique of the suspicious criteria of discrimination – strict and soft scrutiny).
Nonetheless, postneoconstitutionalism considers that neoconstitutionalism has made a bad interpretation of Dworkin’s principles. The examples brought by the North American author in his texts are principally the right of equality, which was practically, and fortunately, reformulated from the decisions of the Warren Court in the Brown vs Board of education 1954, and the Riggs vs Palmer case in the court of appeal in New York in 1889. The latter solved the case of a grandson that murdered his grandfather to obtain his inheritance. This case used the principle that “nobody can obtain profit from his own malicious action” over the succession rules of the civil law.

There are other examples in the first chapter of Dworkin’s book that illustrate the possibility of applying principles over rules. For example, the case of the Snail Darter in which it was forbidden to build a dam because this could violate a statute about the endangered species (in this case the endangered species was a small fish of 8cm that according to Dworkin had no attraction whatsoever).
Taking into account such cases given by Dworkin in his text, it is considered that Alexy’s interpretation about what principles are, is not the only correct one. When Dworkin refers to principles, he is not thinking only in terms of fundamental rights (for example the equality in Brown) but also in jurisprudential criteria or principles that the continental academics call “general principles of law”, such as the “malicious profit” from the murdering grandson. In this, the philosophical enunciate (PE) of “Principle” in the Dworkinian explanation would be much wider than the PE of “Principle” in Alexy’s explanation. However according to Wittgenstein, this would be tantamount to “diverse language games”.

There are of course problems of interpretation for the systems of continental tradition. This is because our understanding of Dworkin is adapted to our own system without taking into account that what he is doing is a theory of constitutional law for the Anglo-Saxon case.

The title of Dworkin’s book “Law’s empire” would be related, in a strict sense, to the latin aforsim of “Dura lex sed lex”. This meaning has been widened through interpretation to show how Dworkin’s theory has gone further than the concept of law as a rule. It has also opened his theory of law to a further concept of justice, which would ultimately relate to the dworkinian principles.
The same happens to the continental translation of the idea of the principles. This would start from a supposition or inference although these do not originate from what Dworkin aims to portray in his book. For him, “Principles” are not only the fundamental rights inserted in the constitutions of continental tradition. In fact, the concept of fundamental right is German (Grundrecht) and the Anglo- Saxons do not use it. For Dworkin the principles would be those criteria of legal resolution that would not only overcome the rules but would also be composed by the rights enunciated in the amendments of the Bill of Rights, jurisprudential precedents, and general principles of law.

It is noted that these do not necessarily have to be a rule following the idea of inclusive positivism of Waluchow. Instead they are standards of legal solution related to justice, equity and to some extent morality.On this premise, and if one wants to be faithful to Dworkin, one must conclude that the dworkinian idea of principles is much more daring than Alexy’s proposal. Dworkin is thinking per the Law of Anglo Saxon tradition which is formed, overall, by precedents and jurisprudential criteria. The Alexyan are worried about finding fundamental rights that can work as optimisation principles and that can be used to solve a case by using ponderation.
Is it necessary for a postneoconstitutional understanding to open the concept of principles to non positive criteria? Apparently this may be the case, as the so called material criteria have been used by judges and currently are imposed as solving criteria without any problem. Principles like the legitimate expectations, non-retroactivity of the law, proportionality, non bis in idem, solidarity, good faith, democratic principle, opportunity (in the case of criminal law), pro homine, amongst others, work and are applied by judges even though they are not always positively included in a body of statutory law.
Sometimes, they have greater strength or “weight” (According to the mathematical formula proposed by Alexy in his last works)
By recognising this situation, a series of theoretical elements to establish rational limitation to the judiciary may be imposed. If this fact is bypassed, and one thinks from a neoconstitutionalist perspective (Alexyan type) in which principles are determined only by positive rules as fundamental rights, the theoretical and conceptual tools exist to give foundation to a theory of rationality, proportionality ponderation etc. In this scenario, the rights (principles) will be limited and restricted, giving place to a partial theorisation that will make the holistic comprehension of law from the jurisprudential work in our days difficult.